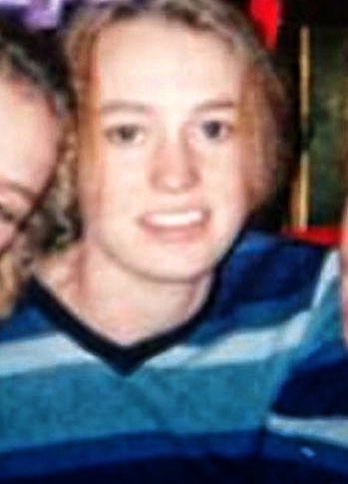 July 15, 1998, is twenty-three years ago today. Almost half my life has gone by since then.

Still, I remember it every year. Here’s why.

In late 1997 when I was twenty-one, I hatched a cowardly suicide scheme.

I was too afraid to take direct action to kill myself, so I came up with an alternative: I would run away from everyone and everything and hope I would just simply die.

So I made a plan.

Then, a destination. I was living in Florida at the time and chose a point on the map that might as well have been on the moon or Antarctica: California.

Turlock, to be exact. A tiny speck of a dot in the middle of nowhere. I wanted to disappear into oblivion. Turlock was close enough. I knew nothing about it except it’s location.

So I started saving up both money and weed. Because I was a pot-head, I couldn’t exist for a moment without being stoned. I squirreled away precious bits from mine and my boyfriend’s shared cache, never stealing enough to where he would miss it.

At the same time, I stashed away dollars here and there from my small salary as a part-time appointment setter at a mortgage broker’s office.

This plan was born out of a desperate desire to escape facing consequences that I could no longer ignore. I saw no way out other than this insane strategy to disappear first from my life, and then, the planet.

I was deathly afraid of . . . death. But even more so, of my secrets and lies catching up with me.

As a result of my drug and alcohol addiction, I had done many stupid things. I had been expelled from high school, arrested, totaled my car and lied to the cops and my parents, sent to two drug rehabs totaling a year in treatment – all by the age of seventeen.

And, of course, I created havoc that was not so newsworthy: walking out or getting fired from jobs, being homeless, selling drugs, hurting and disappointing people over and over.

And having stupid sex.

That, in combination with the drunken decisions I made to have unsafe sex, was the perfect storm to create a crippling fear that I’d contracted HIV. But because of my living a life totally out of integrity, I simply could not do the right thing and get tested.

When I was nineteen, I fell in love for the first time. My new boyfriend and I moved to Florida together.

But I couldn’t, wouldn’t, and didn’t tell him my HIV fear, hoping it wouldn’t follow me into our new life.

I was so wrong.

The fear metastasized as we settled into domestic life. Sometimes, when I couldn’t sleep, I’d stare at the angelic sleeping figure next to me knowing that he was dying from my irresponsibility.

But I couldn’t, wouldn’t, and didn’t get tested. Because I just knew it would be positive, and I would rather live in fear of the unknown and probabilities than face the truth and sure consequences.

As a result, my mind had crafted the biggest, flashiest worst-case scenario imaginable: that I would get caught in my secrets and lies and spend the rest of my life in prison for murder – for knowingly infecting the man I loved plus all the other partners I’d slept with during my years of unmanageability. And then I would die in prison from AIDS, with my story being splashed on front pages all over the country.

I can still recall images of fantasy newspaper headlines with my mug shot decorating the front page. It was this haunting and repetitive fear that drove me to want to die.

I hated myself. There were not enough alcohol or drugs in the world to make me forget this constant gnawing secret whose whisper grew to a growl and finally a scream in my consciousness.

So I hatched the suicide mission and picked the date I would run away: July 15, 1998.

All those months before, I saved money and marijuana. All that time, I lived with the fact that I was going to leave my boyfriend and not tell a single soul of my destination.

The guilt for what I was going to do, on top of the secrets and shame I held inside, felt like a suitcase filled with lead inside my chest.

And I welcomed it, because I knew I deserved every ounce of anguish for what I had done and was about to do.

The night before I left, my boyfriend and I went out to dinner. The lump in my throat and brick in my gut threatened to keep me from executing my plan.

Telling the truth was not an option.

Getting tested was not an option.

Continuing living a lie was not an option.

Running away to die was the only option.

Because not only did I carry the secret fear I’d infected my boyfriend (and others) with HIV, along with the secret suicide mission, but I had the equally burdensome secret of what a deeply awful person I was.

On the outside, I looked normal, even nice. I worked in an office. We had a car. We lived in a duplex with high ceilings and a yard. We had a home office. A bedspread set. Teflon pots and pans. We even had a bread machine – a gift from his mother.

My outsides did not match the blackness within. And if anyone found out who I really was and what I was capable of, the biggest secret of all would be out: I was really and truly a bad person.

On top of everything, I added extra drama those last few months before I ran away by having an affair with my boss, which started after a drunken after-hours office party at a bar.

July 14, as my boyfriend and I were eating dinner, then drinking at home and watching TV, my heart pumped with pre-trip jitters mixed with dread. The merry-go-round in my mind kept repeating, “This is the last time we’ll eat together…get high together…sleep together…” while the beer and pot barely numbed the static in my head and heart.

July 15 I woke up early, my head filled with lightning pulses of pain from a bad hangover. The last exchange my boyfriend and I had was of me asking him to pass me our bong as I lay in bed. He then leaned down, kissed me, and left for work.

Tears limped down my cheeks, a full cascade stunted from the tokes on the bong I had inhaled like I was breathing my last breath.

I packed my bags through the hangover and pot-fueled haze, and scribbled my goodbye to this man whose life I had shared in for the past two-and-a-half years:

“Dear John, I am sorry but I have to go. I can’t tell you why but this is just what I have to do. I am so sorry. I don’t deserve you and know you will have a better life without me. I will always love you.”

This generic apology was all I was capable of. I put our jar of weed on top of the note so he’d be sure to find it. Then I walked out the door, locking it behind me, and leaving the house key inside.

It was done. I left for California on a Greyhound bus a few hours later. At the ticket counter of the bus station, I said my name was Mary.

Then I boarded the bus, ticket in hand to Turlock. Most of $1,000 was tucked into my bra, my one-hitter and a small stash of pot were in my hip pocket, and the non-essentials were slung in a bag over my shoulder.

I threw away my driver’s license, my only form of identification, in a bathroom stall somewhere in Mississippi. All traces of Natalie Speakman were now erased.

There’s much more to this story, but today I share Part One.

I don’t want to leave you hanging there, at the beginning of the worst part of my life.

Because, of course, it got worse. Much worse. I’ll save that for Part Two and beyond.

For now, I am so thankful to have the gift of grace, time, and hindsight, so I know how the story ends.

It ended with me grasping for a chance at life again, and crawling back into Twelve Step recovery rooms six long months later, on February 1, 1999.

Thank god I made it. I almost didn’t.

I hope you’ve never experienced any aspects of this story, but if you have, I’ve written this for you. So you know there is hope and you are not alone, and that change is possible.

And also that you never, ever know what someone’s been through.

If you look at me today, it might seem improbable I could have done this. But most of us have dark parts of our stories and ourselves.

If I keep this story hidden in the dark past, the shame I feel about it stays strong. But if I share it, someone may benefit. And at this time in my life, my purpose is to help others, so this is why I bring this tale to light today.

Honestly, It’s still hard for me to own up to this story and my actions. While I was in the thick of it, and even in early sobriety, I swore I would take this secret to my grave. No one would ever know the truth, because it was supposed to die with me at the age of twenty-two.

But I’m so grateful that god had other plans.

Please reach out if this story touches you in some way. I’d love to hear from you and support you in healing from your own darkness.

The foto attached with this post is of me a few months prior to getting sober, the powerful secrets and lies consuming my soul.